Setting up Laradock is pretty straightforward …. once you have done it all. As it the same for most things in life. Allow me to share the major snags I ran into setting it all up.

Setting up Docker on your box is not hard. Not anymore with Docker native. It now runs with ease on my MBP and so should it be on your Windows box. So I will not get into that in great detail. With Docker natively up and running you can do the basic Laradock setup:

will get you going with the necessary containers.

NB I will not go into installing git which you will be needing to clone Laravel and Laradock. But I assume you got that down already.

However if you were already running MAMP, XAMP or Laravel Valet with MariaDB you will have issues running the containers as ports will be occupied. Allow me to share a great command to see what is running on port 3306 and 443 for you to quickly figure this out:

Using this command for these two ports I realized Laravel Valet was up and running so I did a:

and to stop Homebrew’s MariaDB I did a:

You will have Laradock running now. And the command:

should work with port conflicts out of the way. And on localhost or with /etc/hosts tweaked you should be able to load something like this: 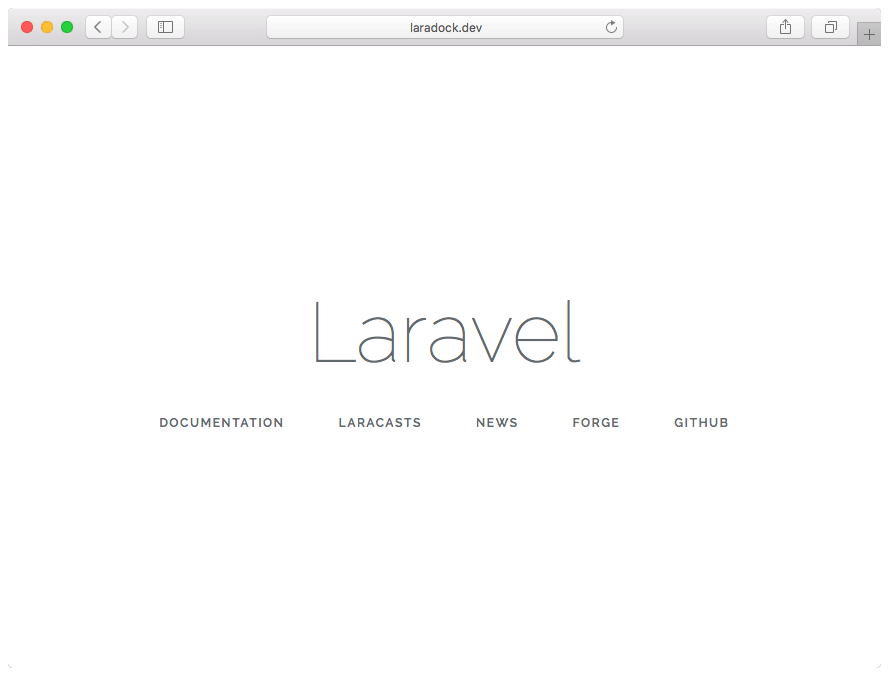 But you will see soon enough you are not out of the woods yet.

So all happy with port conflicts dealt with and with all containers up and running you enter your Docker workspace box and run php artisan migrate:

thinking it will just run…. Then you will get something like:

This is because your Laravel .env is not grabbing the proper database host.

To deal with this issue make sure you use mysql for the host inside the laravel .env file:

And that the user, password and databases are added to the Laradock .env. Otherwise you will have to add them manually in MariaDB using the command line or a program like Sequel Pro. Once you have all that done you can access the database from your Docker workspace and run migrations:

And when you access the database using Sequel Pro and 127.0.0.1 as host with the earlier mentioned user and database credentials you will see the new tables inside the database: 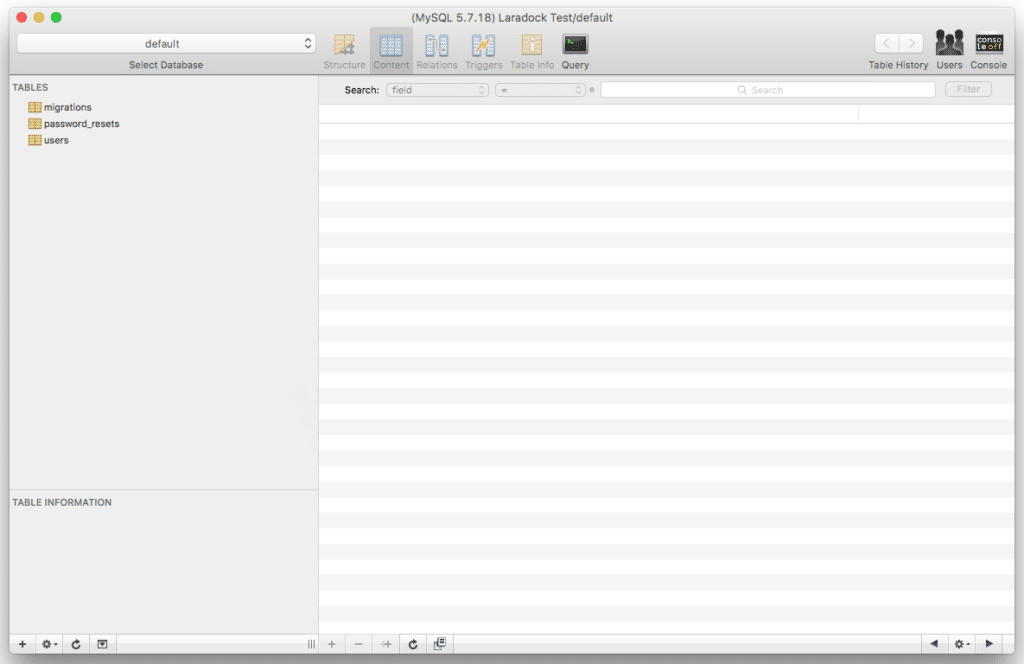