Had a friend of a client having issues running MP4 videos in Chrome and Firefox. I checked the codec information on it in VLC and saw it was a MP4V codec or format used for compression and decompression. Then I did a lot of extra research on MP4 MP4V Browser Issues. Bumped into a lot of H264 video codec information initially, but I realized later on that this format did not apply to the videos the client was trying to run.

As stated all the video files were using the  MP4V codec , not the H264 codec ( MPEG-4 Part 10). MP4V stands for the MPEG-4 part 2 Video. It is even older than the common H264 codec format and only compatible with H263 video compression.
As the About Tech article mentioned states: “MP4V was created by Moving Pictures Experts Group (MPEG) as a codec used to compress and decompress video data.”
Compression is done using MPEG4 Part 2 and in the Wikipedia article on this format they mention: “MPEG-4 Part 2 is H.263 compatible in the sense that a basic H.263 bitstream is correctly decoded by an MPEG-4 Video decoder.”

Chromium does not support MPEG Visual or MPEG-4 Part 2. See also Chromium bug report. Chromium and Chrome are identical in the issue here. This is one of the browsers the client realized did not play his MP4s. Firefox does not support it either, but I could not find clear information on it at their own video browser compatibility page on this type of video compression. Probably because the format is kind of outdated by now.

H264 is more recent than MP4V MPEG-4 Part 2 and more recent and made by MPEG and ITU-T. It is MPEG-4 Part 10. It is a non free format that is patented. Chromium does not support H264 either as it is not a patent free format.  Firefox does. Chrome does too as does Internet Explorer 9 or more recent.

Let’s list browser support for different video format. Luckily several sites including the sites representing browser show us all we need.
Here below of formats that work and in which browsers according to About.com. A nice small table to start with: 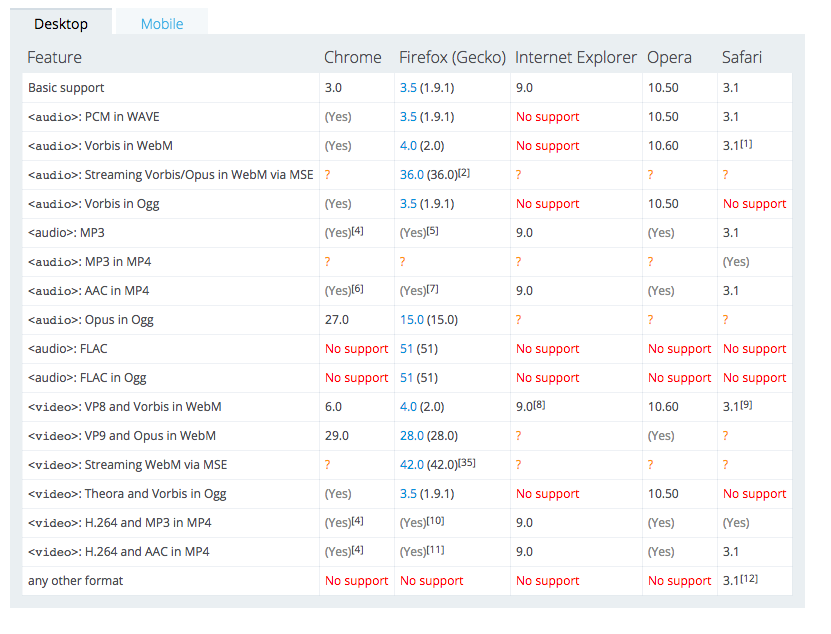 And here the same Mozilla chart for mobile 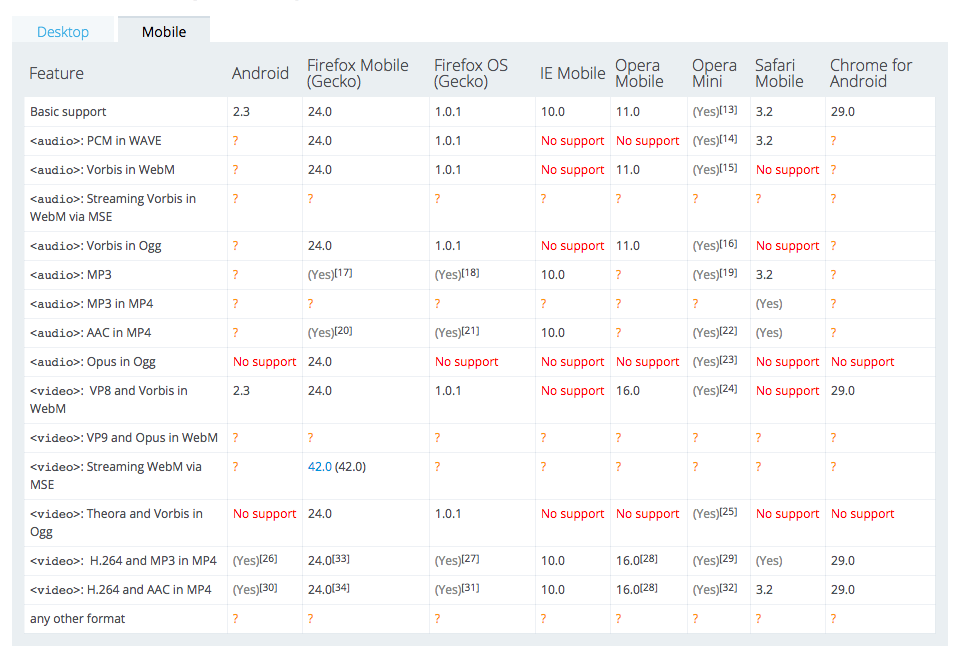 So as you can see there are few video containers / video compression formats that works cross browser out of the box. H.264 and AAC in MP4 seems to be the best combination for making videos run in Internet Explorer, Chrome and Firefox as well as Safari. And as those are the main browsers on the market I suggest you go for this format.

The next question would be how we could convert the MP4 using MP4V or MPEG Visual compression format to the H264 format using the MP4 container. Well, Handbrake is a great tool that is free and works on Windows, Linux and Mac. With it you can convert almost any format to the latest formats out there that will work in browsers. By default it will convert to MP4 with H264 / AAC and that is just what we need. If you like command line you could use FFmpeg as well, but make sure you install it with the H.264 extension.
After you have taken care of the conversion you can replace the videos using the old compression format. Just make sure the <video> tag is used, MP4s are now using H264 with AAC for audio and all should work well.
Tagged in : Tagged in : browsers, codec, html5, videos 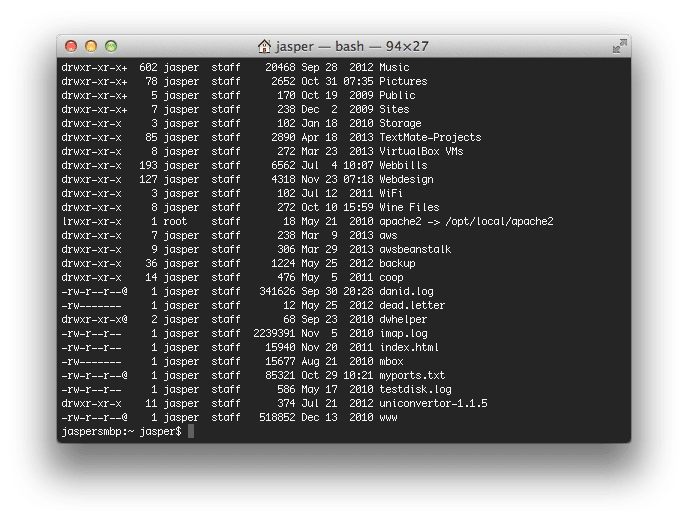